A short working week with the Easter long weekend .Following the long run on Sunday , Monday was a 15 km run which I did in 2 sections .The first at Lunchtime with 7.5 km and the remaining run in the evening , slow and easy with a total of 1.45 h .

Tuesday , wind-trainer session on Zwift with 15km in a short 30 minute session

Wednesday decided to rest.
Thursday at lunchtime did a 5km run with 8 repeats of Kokoda for 480m of elevation then in the evening a short 40 min cross fit session.

Friday at Jacobs ladder and Mount street with 6 repeats of Jacobs and 5 of Mount Street for 440 m of elevation and  5.6km .made it home by 9am for Easter Friday church service

Saturday I was suppose to ride but had a sleep in but did do cross fit in the afternoon . 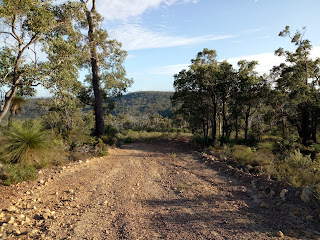 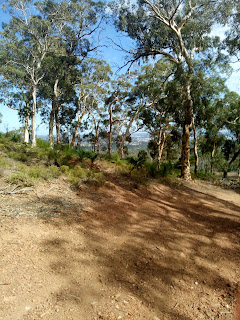 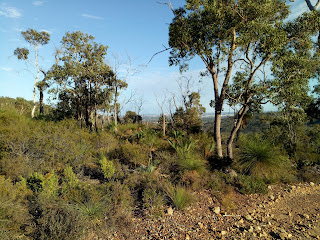 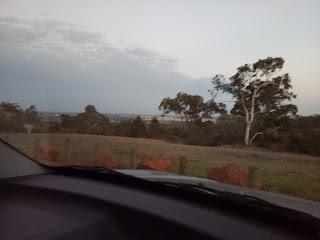 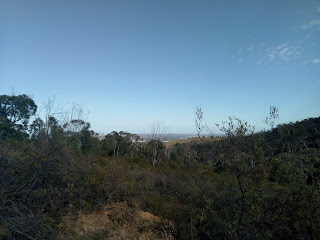 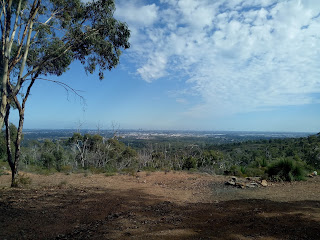 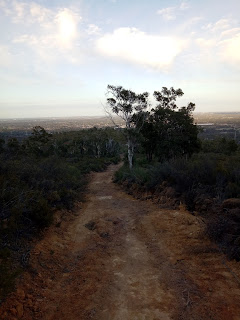 Sunday Long run at the Lion's Lookout at Whelshpool road and went for 4 hours along some steep trails with lots of gravel and honky nuts .Managed only 21km with 785m of elevation according to the Garmin.In the evening I ran for another 72 minutes for 9km on tired legs making for 5 hours of running on Sunday .

Total for the week 55km with about 1700m of elevation.


There is now less then 7 weeks to Ultra Trail Australia 100. Last 4 weeks of training before tapering for the race.

In running and looking at elevation what has been missing this year is huge mileage and hours . It has been a consistent 7-8 hours of running plus cross fit and cycling . There have been no injuries and the only issue is whether for a stronger finish I need to be running 7-8 hours .This race will tell ?

Easy 10km run today after the 5 hour run the day before. Just flat easy running/. I did 11km .
Tuesday and Wednesday I did  not train . 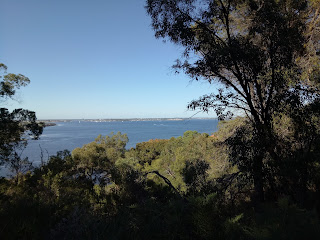 Thursday I did a 70 min run with 8 repeats of Kokoda for 480m of elevation and about 7 km run. Then a windtrainer session on Zwift.

Friday a short 40 minutes running along the river for 5.5 km .
Saturday did the CRT ride as usual but rode to Raffles and turned around for a 55km ride rather than 75km ride . 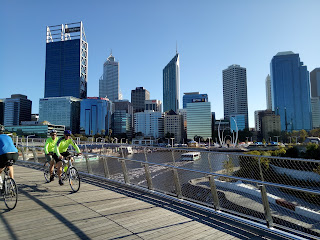 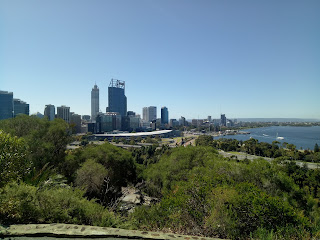 Sunday a big run at Kings Park .We ran for 5hours with a loop round to the Swan and then back to Kings Park where I did 12 repeats of Kokoda and 9 repeats of Mounts Street for a total elevation of 1100 plus the elevation through the run possibly another 100m for 1200 and total distance of  28km.

This week little elevation other than the long run and mileage of 50kms.Pretty low mileage compared to last year but a lot more elevation and hopefully that will be the difference to a stronger finish .

Week 13 An easy week to recover

Week 13 was an easy week and I need some of these weeks.

I had an easy 8km run on Monday . Tuesday and Wednesday I had off with work and so on Thursday I had a wintrainer session on Zwift with 45 minutes and 18 minutes at effort and the rest in recovery  then ran 5km off the bike

Friday an hour at Jacobs just doing the stairs for 3km and 480m of elevation .

Saturday rode with CRT and the group started with 12 riders but at 45km we had only 7 and at Shelley I time trialed the 6km loop on my own and then rode the rest of the way in front and went a little too hard at the end. The legs were tired. In the afternoon did a 35minute cross fit session with work outs on the arms .

Sunday we ran a short 2 hours instead of the planned 3 as everyone was feeling jaded . managed 1km and about 300m only of elevation. The legs felt tired after the ride and run . Time for the final build session of 3 weeks before we start to taper.

I did get to watch the Barkley marathon documentary and follow the race which was on the following week . It is the hardest ultra race in the world in so far as the terrain and the fact there is no trail so your compass and map reading skills need to be good . The real purpose in this race and many others at least in the eyes of the organizer Lazarus is simply to challenge yourself .

The fact that only 15 people have finished the race so far with a few double finishers in its 31 year history is not the issue . You come out of the race better for having tested your limits ,  not necessarily finishing.As in life where you don't really have a choice , you just have to tackle it head on . With all races there is choice but the skills and insights about yourself  that come from tackling any ultra or endurance sport is an experience that will make one all the better for it.
Posted by Cookie Monster at 8:52 PM No comments:

Week 12 Past the mid point

Monday was an easy 10km which I did with 7km followed by a 4 km run in the evening with Molly allowing her to just run freely where she like . She managed to find 3 houses with cats and took me through several laneways . 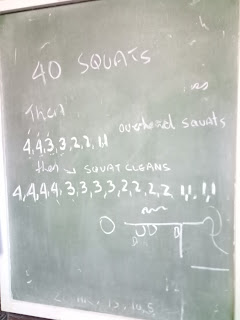 Friday 1 hour at Mount Street with 10 repeats and 400m

Saturday .A ride with CRT and a great day but turned back at Raffles for a shorter ride and just 55km to allow the legs a rest for the long Sunday session .

Sunday .Just Kokoda repeats 33 right to the top of the hill and that took 4 hours with 15minutes running initially in the rain but the rain cleared and the rest of the time till about 4 hours was spent on the Kokoda trail just grinding up .We did 2280 m and I covered 15.5km.

Total elevation for the week 3000 plus with just 35 kms
Posted by Cookie Monster at 10:03 PM No comments: