Reading about Triathlons and Endurance racing is what I do to relax and learn from others.

It is an obsession. I recently read a blog by  Jenez_world

How to react to the Boston Bombing


Everyday in some of the most troubled parts of the world there is death and misery.It is indiscriminate in so far that the odds of being killed are heightened in places like Somalia , Afghanistan , Iraq and Sudan.

I like many are numb and indifferent . On Monday morning , I switch on my television to news of the Boston Bombing. It is everywhere . That same day 30 people are killed in Iraq. It hardly features.  I am numb to the news.Not to dilute the horror of what happened .The callousness of attacking a sporting event and the taking of innocent life , but we seem in this world in this part of the world , focused on what is familiar and clearly closer to home as we could as I did ,envisage my friends and myself on that street. Iraq and the Sudan are distant alien places.

The cries in America and the western world is to unite in sympathy and sadness. My heart goes out to the families of those killed.It isn't right.It isn't right as well that the outpouring of compassion and sympathy be limited to only Boston.

As one writer Gary Younge in the Guardian tweeted:


Iam all up for being Bostonians today Butthen can we be Yemenis tomorrow and Pakistanis the day after .That's how empathy works

In the Guardian , Glen Greenwald wrote an interesting piece on the Worlds reaction
The Boston Bombing...

As a sports mad enthusiast I deplore the use of violence at such an event. but the reaction is a reflection of the Western-centric press and the failure of all people to recognise the extent of the violence everywhere. And then trying to do something about it.

The sentiment amongst sports people is reflected in the letter Messick CEO for WTC sent to I presume everyone on their email list .

It is difficult to know how to react to yesterday’s events at the Boston Marathon. Shock, outrage, hope for the injured, appreciation for those who ran to help, and a deep sense of sadness are all normal for such a terrible situation. We have reached out to the Boston Athletic Association to offer our support in this difficult time.

Terrorism works if it makes people afraid to live their lives fully. We have an obligation not to let that happen. We will continue to live our lives and do our jobs.

I am going running today as a small sign of support for Boston and to show those responsible for the tragic events that we are stronger than they are. I encourage you all to do the same.

Be strong and safe,


Then there is the movement to run in a show of support for the Bostonians. Julia Polloreno , editor for triathlete magazine wrote a short piece on her reaction , having worked as the media person for 4 years for the Boston Athletic Association. see What's left to say

Whilst there is the huge outcry and I have no doubt there is a resilience and a determination to not let the terrorist /perpetrators succeed. I have a cynicism of what some say .

Do we show support for the  many who die each day in terrorist attacks including many children , do we go out and run for them. 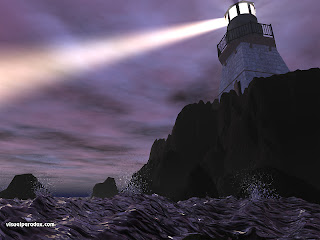 The silence of the blog has largely been reflective of the drop in activity as I really did have a break after Ironman New Zealand. I unfortunately needed it and have lost a lot of fitness in the process.

I have only one race now Ironman Busselton at the end of the year. Hence a lot of time to slowly try and rebuild the engine. It won't be easy. I have started with some running and static exercises. I have been running with a 3 time Kona Ironman so the company has been good even though I am slow and puffing , it does help to have company and a commitment to run or train because someone is going to be there.

I have learnt that most triathletes have had some difficult periods through injury or just chronic fatigue.It is an occupational hazard for endurance triathletes. Mentally it can equally be challenging.

Whilst I haven't done much physically , I do note there is a lot of endurance activity and in Perth this past weekend there was the Tour De Perth , 2 triathlons , and a marathon and 50km run in Bunbury . There was also Ironman South Africa .

Congratulations to the many who participated.  A special mention to Sofian from Malaysia who completed his 16 Ironman race. The World triathlon Corporation also announced the Lottery and legacy spots earlier today and Congratulations to Enrico Varella for obtaining a slot in the Kona Legacy lottery. After 14 Ironman races and 8 years of racing it is well deserved and a reflection of the tenacity of racing and training smart.  Another West Australian , Paul Heyes also got a lottery slot. A strong triathlete and one who has been competing regularly for many ,many years I again think it is well deserved.

There are many great and inspiring stories. The journey begins but a big dream , wishful thinking many may think , but with perseverance and tenacity there is hope. I hope the break and the rest will rekindle some of that desire and hope . I have many beacons of inspiration to follow.